As one of the leading banks in Serbia, AIK Banka focuses on building lasting relationships based on safety and trust. Every minute of system unavailability presents a risk to income realization, productivity, and reputation among the clients. The management of AIK Banka has recognized the necessity of improving and optimizing the existing disaster recovery plan.

AIK Banka is one of the leading banks in Serbia that has built a good reputation as a reliable financial institution thanks to its stable business tactics tailored to its clients’ needs. In its efforts to keep up to date, the bank has been investing in developing digital services and safety solutions in the field of electronic and mobile banking.

As one of its strategic goals, AIK Banka dove into improving its position on both the domestic and regional market via capital investment in Gorenjska Banka a.d., and since April 2017, it has been the sole owner of Alpha Bank Srbija (later renamed Jubanka a.d.).

In collaboration, the two banks have defined new market goals, primarily in improving the number and quality of its services, optimizing operational costs, and raising the overall business to a higher level.

However, AIK Banka had to simultaneously focus on improving the IT infrastructure and integrating the two banks’ different IT systems.

The Start of Cooperation With AIK Banka

AIK Banka has gone through several cycles of refurbishing IT equipment and adjusting its practices to suit the regulatory framework, as well as looking for a reliable partner with the necessary experience, professionalism, and capacity to realize the best IT solutions.

In February 2017, we suggested two initiatives to AIK Banka, which would become the basis of the bank’s digital transformation process:

During this initial phase of cooperation, an agreement was reached to pursue further solutions to fully adapt to the specific situation that AIK Banka was in at that time, i.e., in the complicated process of acquiring Alpha Banka. After all, they were two institutions with different ways of handling costs and opposite approaches to IT infrastructure and expenses.

The IT Challenges and AIK Banka’s Specific Requirements

At the beginning of the cooperation, AIK Banka already had a fully operational disaster recovery plan. However, the lack of storage space and the insufficient safety of the system posed quite a few problems.

It was necessary to improve the existing method. Some of the main problems were:

On the other hand, Jubanka didn’t have a virtualized system, employing rather numerous older-generation physical servers. One of AIK Banka’s main requests was to keep hold of Jubanka’s data history, which wasn’t a simple task since this information was held both locally and in Athens.

AIK Banka wanted a better disaster recovery plan that would be more scalable even with optimized expenses.

It was necessary to:

Since AIK Banka’s case was complicated and there was a need to include several other parties, the whole cooperation process lasted fourteen months. It was an unusually long process, but the circumstances were peculiar too.

The process was divided into three phases:

Analyzing the most efficient solution took the majority of the time so that all participating parties would understand the benefits of the implementation. Led by their IT executive Biljana Atanasković, AIK Banka’s IT team showed that they understood the importance and possibilities that new technologies could bring to the bank’s future businesses and professionalism and commitment to the realization of highly demanding IT projects and changes.

During the first phase, Mainstream analyzed the IT infrastructures of both banks and put forward their conclusions and suggestions in a detailed business case. According to that, an optimal disaster plan hosted in a Mainstream Enterprise Cloud environment was suggested as a way to upgrade the infrastructure and optimize costs. After the presentation and the management’s approval, it was time for the migration and solution realization phase. In this case, the system migration itself was performed efficiently and according to a detailed plan, lasting only four months.

Implementing solutions came with several challenges, many of them directly linked to current activities of merging Jubanka with AIK Banka and technical migration, which was necessary to accomplish without disturbing the rhythm of the business.

Besides that, the project of externalization required time. It was necessary to prepare documentation for AIK Banka’s IT team regulator, who had to manage numerous activities in a short period.

The hosting solution we implemented showed to be ideal in the AIK Banka case. With a comparative analysis of both the in-house and the Mainstream’s hosting solutions, we concluded that five-year cumulative savings amounted to 42%, which was a great result.

1. Improvement of Efficiency and Effectiveness of IT Operations

2. Risk Reduction in IT Operations

With Mainstream Enterprise Cloud (private cloud), the optimization of IT costs was made possible, mainly due to switching from CAPEX to OPEX. Such flexibility allowed better management of resources and an unburdened investment into the development of other business segments, which was one of AIK Banka’s primary requests.

Since the bank operates with classified and sensitive data, it is necessary to have a high level of security. Even in the worst-case scenarios, such as a partial or complete loss of the data center, the information is safe thanks to the mutual copying of the data center.

By signing the SLA (Service-Level Agreement) contract with AIK Banka, Mainstream company had overtaken the complete care of infrastructure and all adjustments, providing high-end support alongside vouching for permanent 24/7 system availability. Thus, a single point of contact was established, which greatly simplified communication and eased all the processes. 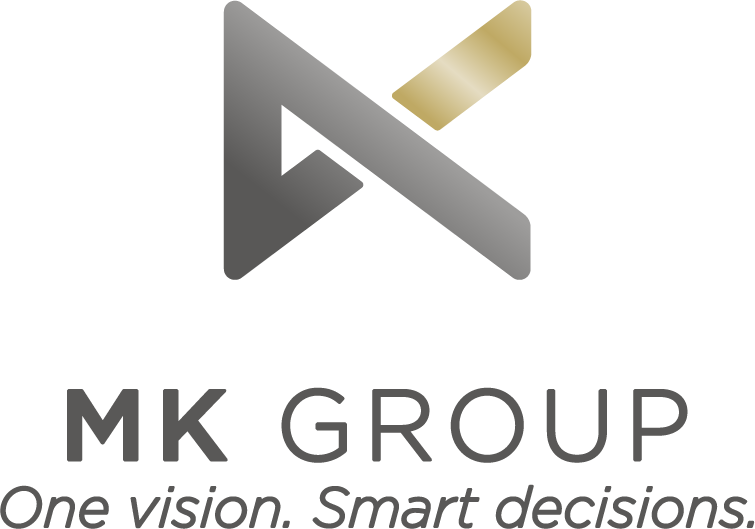 Through the collection of information and analysis of the capacity of the existing infrastructure, we have defined recommendations for the improvement and optimization of the system as a basis for the planned digitalization of business.

As a regional leader in the field of distribution and logistics, the company Nelt is in constant need of innovations in order to meet its customers’ needs, optimize business processes, and follow new business trends. With the goal of business improvement, the company has decided to conduct a Digital Maturity Assessment together with a reliable partner and create a plan for future projects on the path of digital transformation.

During its operations, MK Group realized a significant part of the growth of its operations through acquisitions. Over time, as more companies joined, the IT system branched out into dozens of other systems and processes. As a result, operations were carried out at a high cost, and improvements in the field of IT were challenging. But above all, the key reason for this cooperation was the desire of MK Group to prepare for its digitalization path.

As a regional leader in the field of distribution and logistics, the company Nelt is in constant need of innovations in order to meet its customers’ needs, optimize business processes, and follow new business trends. With the goal of business improvement, the company has decided to conduct a Digital Maturity Assessment together with a reliable partner and create a plan for future projects on the path of digital transformation.

We care about what you think